Home Science & Astronomy NASA getting better at Adobe, here is what Jupiter could look like

The NASA Juno spacecraft who somehow found itself right next to Jupiter, managed to beam back a wealth of information on our solar system’s largest planet and captured breathtaking images of the cloud canopy that is home to some of the largest and most violent storms in our galaxy.

Yes, NASA’s wifi in Houston doesn’t work as soon as you enter a different office, but the Juno “spacecraft” whose battery has remained operational for six and a half year is sending photos from 120m miles away! Now that’s a signal!

NASA goes on to explain that the Juno spacecraft was conducting its ninth flyby of the gas giant at an altitude of some 11,747 miles (18,906 kilometers) from the tops of Jupiter’s clouds on October 24. For context, that is roughly the distance between New York City and Perth, Australia.

What did NASA capture? Well, here you go… that looks real. Are they zooming in into paintings of Van Gogh, or someone is abusing the Swirl feature in Photoshop? 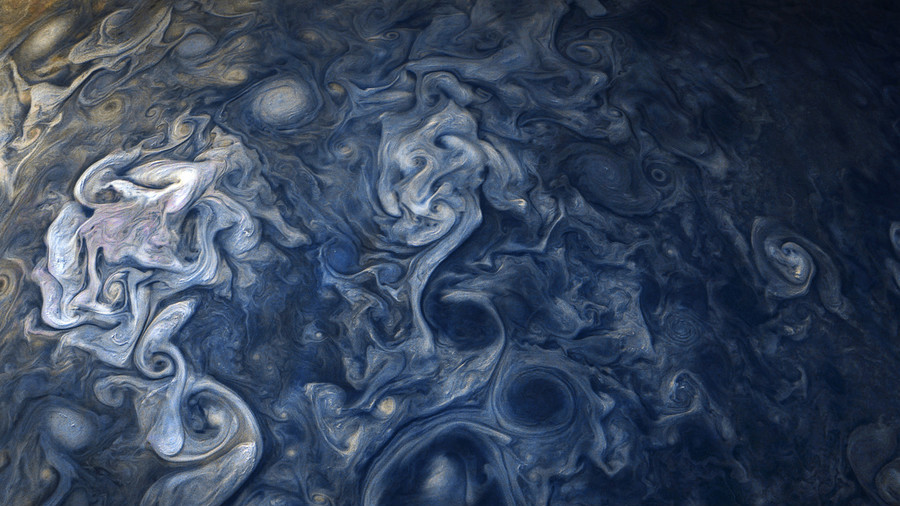 Remember when a NASA Adobe Photoshop spacecraft “flew” by Pluto? This is what it captured: This is what a 21 Billion dollar budget a year brings you.