There is no doubt that the object in the footage is extraterrestrial, but opinions differ over whether it is a natural phenomenon or the product of intelligent life.

Footage of a purported UFO sighting, filmed above the pyramids in Egypt, has prompted outlandish claims that ‘the real pyramid builders’ had returned to see their creation.

A glowing white fireball is seen streaking across the sky over an Egyptian pyramid, when suddenly a white orb seems to shoot off and travel in the opposite direction from the space rock.

The video was filmed by a tourist and uploaded to the Chinese YouTube channel Bizarre World back in June.

While most commenters argued that the mysterious object was a fragment of a meteor, there were also suggestions that it was a flying saucer.

“The UFO streaks across the sky like a meteor, but then part of it shoots out another white orb and that orb travels in the opposite direction,” Scott C Waring, a prominent UFO hunter, wrote on his website ET Database.

“It looks to me like the people who built the pyramids were doing a flyby to check on it.” 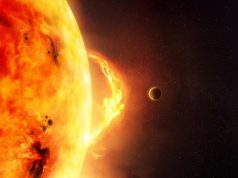 Russia and China want to build joint Moon base 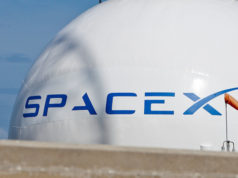